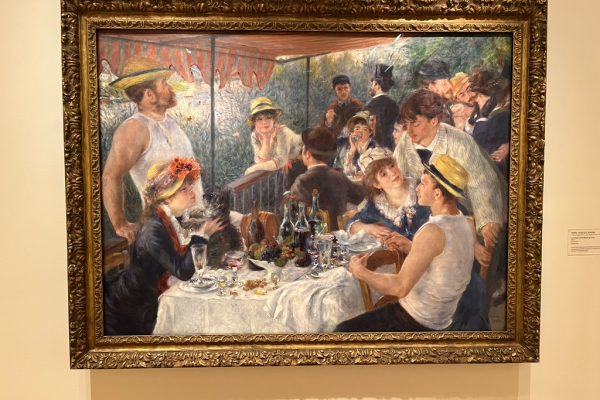 The museum guard cares not for Clemenceau’s pots
Hidden in suitcases during the war
His children are lost to him
His love too sad to love himself
In the bathroom I ask the mirror
How can this face make me confessor?

A woman in a gallery wears thick lenses, whispers
I married a man who loved the wilderness
Built a hut, grew our food
The child, the worries, mine

Next week I cross the great northern continent
Fall for a teacher bound for the arctic
Freeze in a tent on the fourth of July
Hike the shores of clear mountain lakes
Reach the Pacific
Cold blue waves, ringing from the East